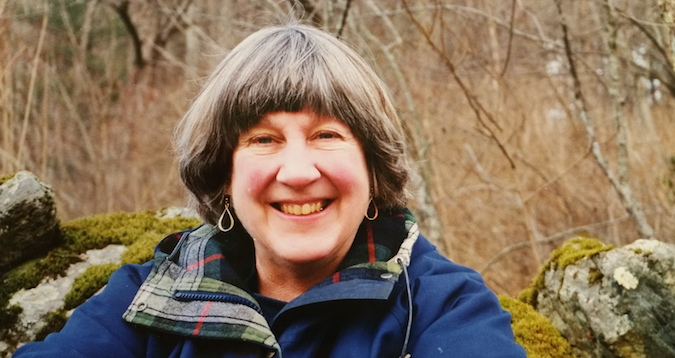 In 1972, a report shook the scientific community, launching a debate that is more alive now than ever: can economic growth continue forever? Through what has been deemed the first large-scale computer simulation, “Limits to Growth” made us face an ugly conclusion: with finite resources, “business-as-usual” leads us to overshoot and collapse, even halting pollution and population growth.

Donella Meadows (1941-2001) was the lead author of this groundbreaking report, making an essential contribution to environmental science. She was born in the USA in 1941, received a PhD in biophysics from Harvard in 1968 and joined a research team at MIT, where the simulations for “Limits to Growth” were produced. The original report, which will turn 50 next year, is fully available online, although you can also order the 30 year update  (or look for it in your local library. For for IE/CE students, check your University Library).

In the next figure, from the original “Limits to Growth”, you can see how different policies and technological change allow an exponential growth of industrial output per capita up to a certain point, and then the collapse.

This report has been largely criticized due to its propositions of policies to control economic and population growth, besides “predicting” certain trends on commodity prices and industrial output that did not happen. I think it is important to understand the position of the authors as they describe it, in line with the motto of the environmental organisation called the Sierra Club: “Not blind opposition to progress, but opposition to blind progress”. Furthermore, a model is a simplification of reality, not a prediction (something the report is also well aware of)!

The contributions of Donella Meadows to our understanding of sustainability go far beyond this book, however. Founder of the Academy for Systems Change, Donella Meadows has left a well-established legacy. She is a basic pillar on the development of system-thinking, a concept you come to know and love as an IE or CE professional. In my opinion, her explanation of system behaviour and our ways of interacting with them are a solid base to understanding sustainability. As Donella herself wrote, “self-organizing, nonlinear, feedback systems are inherently unpredictable”. This might discourage us to implement changes, but, just because things are a certain way, it doesn’t mean they have to be. Or, in the much better words of Donella, “systems can’t be controlled, but they can be designed and redesigned”. However, beware! When trying to influence or design new systems, Donella warns us our intuitions are usually wrong and models do not reach the more impactful levels. A profound analysis is necessary if we want to find which factors can affect systems for a desired outcome (leverage points). Moreover, even if we find an importante leverage point, we might try to influence it in the wrong direction! Read more about how to “dance with systems” here, or take a look at Donella’s list of leverage points. This lecture about sustainable systems she gave at the University of Michigan is definitely a must-watch!

“Fellow travellers” was a term Donella used to describe like-minded colleagues and friends, who wanted to strive for a sustainable society. As IE and CE students or graduates, I think we’re all fellow travellers!