That’s how her colleagues see Marloes Gout, an Industrial Ecologist working for the city of Rotterdam. She has become known as someone who knows something about everything, but also someone who knows how one thing is connected to another. While her colleagues have now come to appreciate her Industrial Ecology expertise, they hadn’t asked for it to begin with. Marloes’ path towards employment was not straightforward.

Worrying about the decline of bees, Marloes started a MSc project about green rooftops for biodiversity in 2014. In the midst of her MSc project at TU Delft, she got to hear about a research project on rooftops for rainwater retention in the city of Rotterdam. She decided to cold call the contact at the municipality and they got talking. With climate change, heavier rainfalls were expected and with that, the risks of flooding would increase. But there was no job for her, only a project. As other jobs were hard to find, she decided to start her own consultancy so that she could take on a rooftop project with the city. Then later, she got herself registered at an employment agency so that the city could call on her services in rooftop matters. Eventually, there was a position created at the department for urban development in the city of Rotterdam. She has been able to call herself a proper civil servant for a few years now.

The city of Rotterdam had begun with a subsidy program for green rooftops in order to improve rainwater retention and reduce risks of flooding. However, this didn’t really catch on with the local citizens. Rainwater retention was seen as a public concern, and few understood why they privately should have to do something about it, even if subsidies were given. This led to a re-think around the rooftop program. The solution was to make rooftops more interesting to people by adding more functions to roofs. Rooftops could become a whole roofscape, with green roofs for biodiversity, blue roofs for water retention, yellow roofs for solar panels, and red roofs for socialising. It not only provides many environmental solutions, but also adds a more 3-dimensional feel to the city. There’s even a Rooftop Day in Rotterdam, a rather popular event in June, when the roofs are opened up for the general public.

Much of Marloes’ time goes into communication — she became the city’s contact person for rooftop development. She noticed, “there’s both ‘silo’ thinking and limited interest to deal with, so there’s a need to be creative”. Her trick is to listen carefully to find out what people’s real concerns are, and then talk about these and shape the arguments for rooftop projects around them. With different people, this requires different arguments from Marloes. “For some it’s the euros, for others it’s getting a cool experience.” She might not change their concerns, but at least she can sway their views on rooftops this way.

Marloes had her ‘own’ building with a rooftop project, the Heuvel, going forward with the help of EU money. While the Heuvel rooftop was being planned, the DakAkker was already operational. The DakAkker happens to be the world’s first urban rooftop farm, with a beehive, a fig tree, black currants and raspberries, lots of flowers and vegetables, and even a chicken coop. It also has a sophisticated water harvesting system and a lunchroom with a café offering the farm’s own produce. When developing the DakAkker, the project leader had called a meeting for all concerned parties and asked them: “Give me all your reasons for not doing this… and we will find a way around them.” So when they had worked out the solutions, there was no stopping them!

The aim for the Heuval was to develop similar multi-functionality but in a different way — the Heuvel would have green-blue-yellow-and-red roof. Another aim with the project was the development of a social cost-benefit method that could capture the values of a roofscape to property owners, tenants, and the city and its people. That proved useful and paved the way for a successful rooftop program in Rotterdam, which in turn led to the recent initiation of a national in the Netherlands.

As for Marloes, she continues to work for biodiversity and the greening of Rotterdam on the ground, not only on the roofs.

Reflecting back on the IE program

She remembers the whole IE program as “so much fun”. But there’s one particular course that lingers on her mind, the course on social systems. In her work of creating conditions for rooftop development, she is often reminded by the lessons on social organisation and people motivations. “It’s more about mindsets, values and needs, than about economics. If the mindset and the values are there, the economics will follow”, she explains.

She calls herself Industrial Ecologist even if it requires a bit of explanation. Most people react with interest and seem to appreciate the integrative approach. As student, Marloes was a member of the business committee of the IE student organisation SHIFT. The work was a lot about explaining what Industrial Ecology is to the job market. Marloes reflected, “that job is not finished, but there’s a limit to what one can achieve as a student. Possibly, an IE professional organisation could possibly uphold such a task with greater continuity.” To conclude, Marloes suggested webinars as a way for her to keep up with new insights in the field. Also, she would like to share experiences with other Industrial Ecologists, and hear how they explain Industrial Ecology to the world.

de Heuvel, Marloes’ own project building that is about to get a blue-green-red-and-yellow roof development. 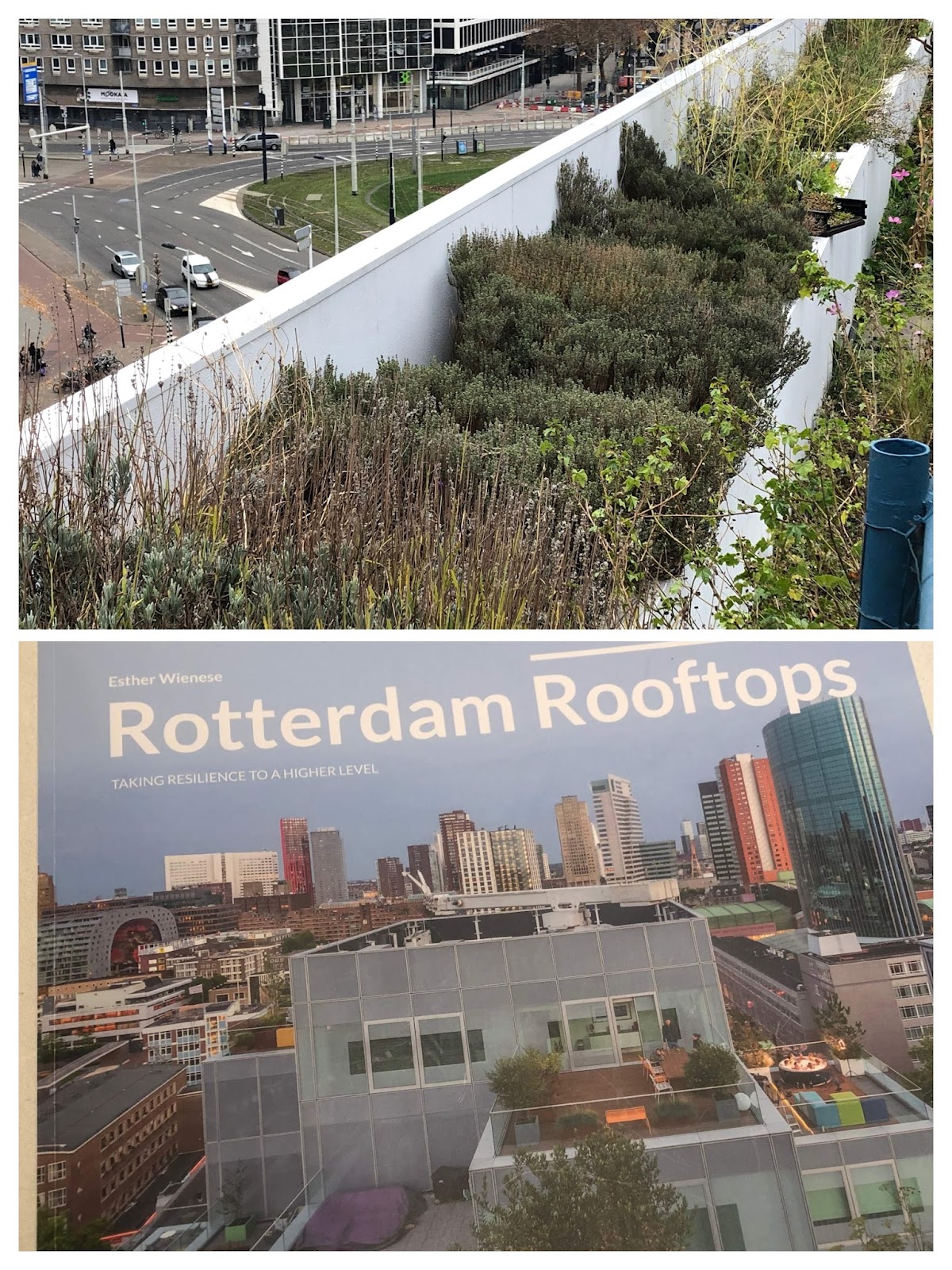 View from the DakAkker, rooftop urban farm in Rotterdam.

Information about the green rooftop program (in dutch): https://www.greendealgroenedaken.nl/

previousOn the (non)sense of Direct Air Capture – a commentary